Atlanta-based Agora Services has a youthful market on its mind with plans to include its white label Teen Account (Agora Junior) in Finastra’s FusionStore..... 


Atlanta-based Agora Services has a youthful market on its mind with plans to include its white label Teen Account (Agora Junior) in Finastra’s FusionStore.

The app is currently being integrated with Finastra’s open APIs on FusionFabric.cloud. Agora Junior is described as a fully white-labelled solution that allows parents to pre-open a teen bank account for their children in “one minute”. (About the same time as a teenager’s attention span.)

Agora says parents can then manage and monitor their children’s money. The teen account gives parents the possibility to receive notifications when their child spends money and includes security settings that will enable parents to control how a card is used – for example, at ATMs, for online transactions or points of sale, by setting thresholds, etc.

“Now more than ever, it is vital for community banks and credit unions to be able to provide innovative offerings that meet the unique needs of customers and reach out to younger clients that are attracted by peer to peer (P2P) offerings,” comments Arcady Lapiro, Founder and CEO of Agora Services.

FusionStore offers banking solutions to Finastra’s clients, so they can access various applications as and when.

Agora Services was founded in 2018 and says it is a Mastercard Start Path and ICBA ThinkTech company. It provides cloud-based offerings to let customers create new banking products. (On LinkedIn, it says it’s based in Atlanta, on Twitter it mentions New York.)

Finastra is a famous face in fintech. Last month it was hit by a Ryuk ransomware attack. It has more than 8,500 customers – including 90 of the world’s 100 largest banks – so this was a big deal.

The world’s third largest fintech firm reported that its IT security and risk teams had earlier actively detected, through its own monitoring, “what appears to have been a common ransomware attack”.

The UK-based company didn’t explain too much about the specifics of the outage. However, due to the attack it brought in an unnamed independent cybersecurity firm, with which it has an existing relationship, to eliminate the danger. It took its servers offline to contain the threat – and didn’t pay a ransom. 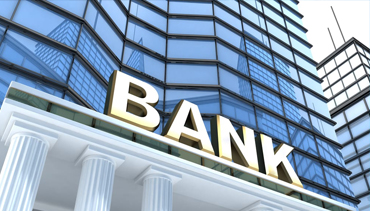 As the Rest of the World is Opening, What Does This Mean For Banks

COVID-19 has taken the world by storm and continues to do so. While the virus is still something that is impacting...